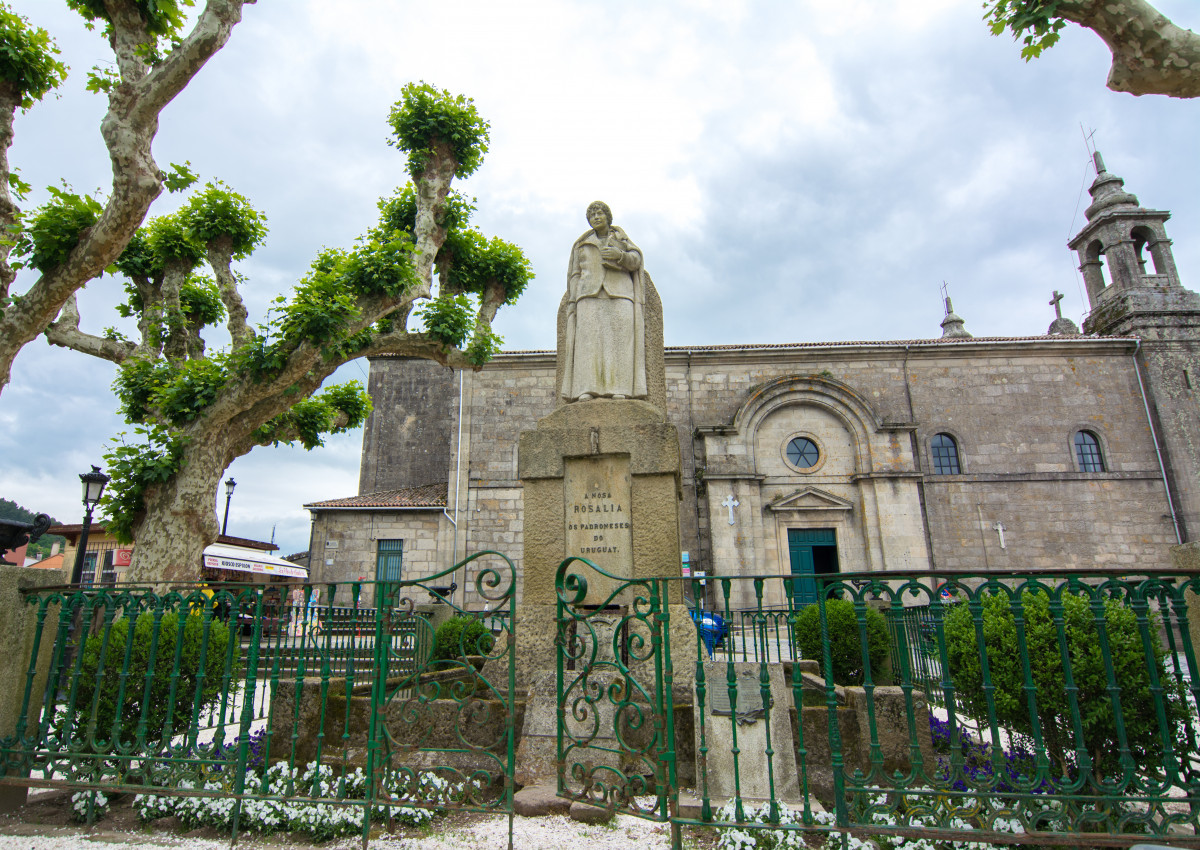 Padrón stands out especially for its literary tradition. This quiet corner on the banks of the Sar River is famous for being the birthplace of renowned writers such as Camilo José Cela or Macías O Namorado, as well as being the place where Rosalia de Castro spent part of her childhood and her last years. So, of course, the town is the perfect place to discover and learn about the life and work of these writers on a unique tour that we propose from Hotel Scala.

The idyll between the town of Padrón and literature goes back several centuries. And it is that in the fourteenth century he develops his work one of the best known figures of the literature of the time, Macías O Namorado, which, although it is not known for sure, seems to be natural of Padrón.

They say that Macías stood out very soon for his talent with the lyrics, which is why he was at the service of Don Enrique de Aragón. It was at this time that he met and fell in love with a lady of the time, Doña Elvira. In an absence of Macías, it was arranged for Doña Elvira to marry another man. On his return Macías could not stand it and continued trying to conquer the lady, which is why he ended up being imprisoned.

But even in prison he could not forget his love and from there he dedicated “songs” that were heard by all the curious who approached the foot of the dungeon. The Marquis de Porcuna, husband of Doña Elvira, knowing the situation and mad with jealousy, decided to kill Macías in jail. The town has a square in honor of Macías with a bronze statue of Ramón Conde. Finally, a visit to the famous Botanical Garden of Padrón shows us the one known as Banco de los Enamorados, in memory of the famous poet.

In Padrón he spent a good part of his life, which is surely the best known Galician writer of all time. And it is precisely in the municipality where we find some of the most significant places for the author of Follas Novas. In Padrón there is, for example, the Pazo de Arretén, which belonged to the family of Rosalía's mother and that the author herself called in her poems 'Casa Grande' or a bust of the author, which is located in the central Espolón .

But, without a doubt, the essential sight to approach the author is her House-Museum, known as Casa da Matanza, in which Rosalía spent her last years. Some of her works are now exhibited, the life of the writer is covered and the society of the time was shown. In the house the desk on which the author composed her poems is also preserved. During the visit, look at the bed where the writer died because there is always a flower in honor of her.

Another interesting point of the town is the beautiful Collegiate Church of Iria Flavia, belonging to the Church of Santa María. Rosalía was buried in her cemetery between 1885 and 1991. At present, the author's remains rest in the Pantheon of Illustrious Gallegos of Santiago de Compostela.

Camilo José Cela, Nobel Prize for Literature and author of masterpieces such as La Colmena was born in Padrón. Undoubtedly, to approach this figure it is best to visit the Camilo José Cela Foundation, which is located, as it could not be otherwise, in the municipality. The Foundation was promoted by the writer himself, since he was looking for a place to keep his work and other artistic representations. In this place, manuscripts, letters, press and recognitions are preserved, which allow us to get closer to one of the most important Spanish writers in history.

In addition, another vital point to understand the figure of the writer is the Church of Santa Maria. In this place the author was baptized and at present, the mortal remains of the writer rest in his cemetery, that of Adina, since Camilo José Cela left in writing that he wanted to be buried here, next to his ancestors and not in Santiago.

A visit to the river Sar or approach the banks of the Ulla also transfer us, as it could not be otherwise, to the work of this genius of literature.

Padrón is undoubtedly an essential place to understand Spanish literature. In Hotel Scala we can not be more proud of the history of our town and we are looking forward to receiving you so that you know, first hand, the history of Macías, Rosalía and Camilo José Cela. A perfect getaway for this fall!