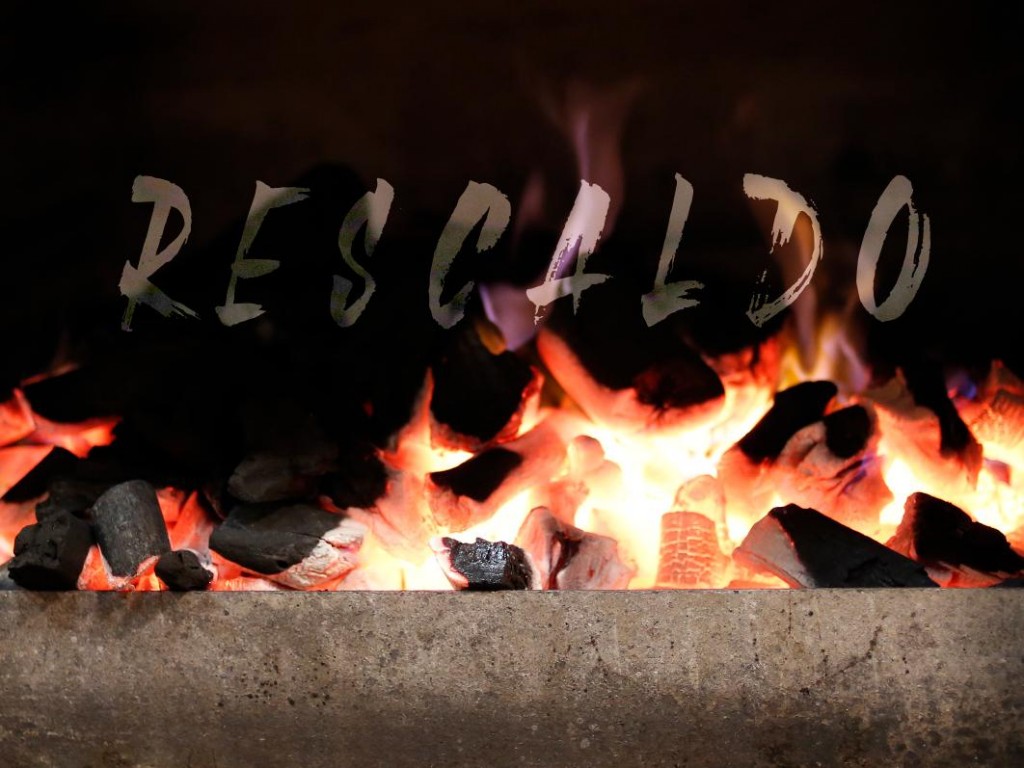 We introduce you "Rescaldo", the solidary tasting menu of our Asador O'Pazo

We are delighted to introduce you "Rescaldo", the new menu of our Asador O'Pazo in which we have been working for the last few months and which is so much more than a way of tasting our creations. For this reason, every time you request a "Rescaldo" you will be collaborating with the initiative "Árbores de Cinza" for the recovery of the autochthonous forest in Chandebrito, zone zero of the fires that ravaged Galicia in October 2017. 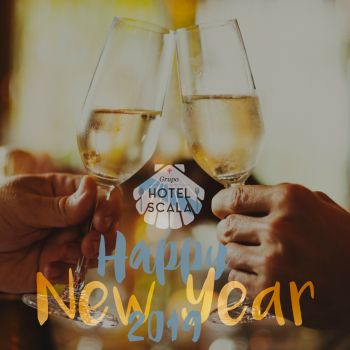 Hotel Scala Group de Padrón always organizes an incredible party on New Year's Eve, the best night of the year. This year 2018 we intend to surpass the previous one by offering us an unforgettable opportunity with us! How are we going to do it? With a spectacular menu, as always, with quality products: the best ingredients of the sea and the land. We accompany them with a great selection of wines, selected from our own Pazo Arretén Winery for the most demanding palates. If all this we add a wonderful party with open bar until the sun comes out has a magical result. 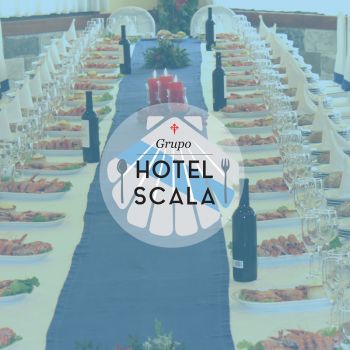 This Christmas, celebrate your company dinner with the Grupo Hotel Scala

In the Grupo Hotel Scala we know that, with December just around the corner, one of the most anticipated moments of the year for many workers is approaching: the company dinner. For such a special occasion we have designed several quality menus that adapt to all the equipment, so that you can take care of complicated organizations and dedicate yourself to just enjoy with your colleagues. 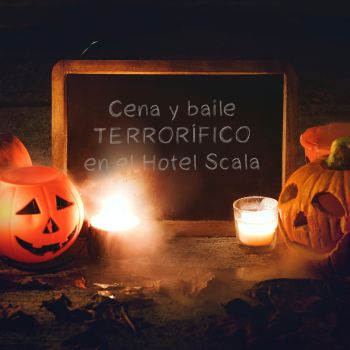 The most terrifying night of the year is approaching and at Grupo Hotel Scala we want to celebrate as we know best: with a spooky dinner and a dance... that will make you tremble with fear! Do you want to try our delicious centipedes or the best smoked bones? Prepare your most frightful galas, dust off the costumes... and let the party begin! 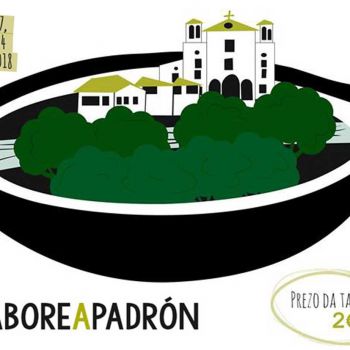 In the Grupo Hotel Scala want you to be aware of the best plans in our town and that is why we invite you to discover the event "Saborea Padrón", a gastronomic event that is celebrated on the next days 5, 6, 7, 12, 13 and 14 October and that are already in their eighth edition. With a desire for a gastro weekend? Book at our hotel ... and do not miss it! 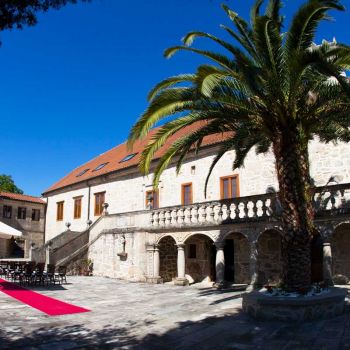 Your wedding in Padrón, better with Grupo Hotel Scala

A wedding is not an ordinary event: it is the most awaited and special day in the life of the couple. In such an important moment (and why not say it, of so many nerves) it is essential that couples surround themselves with good professionals so that they only have to worry about enjoying the day with their family, friends and loved ones. At Grupo Hotel Scala we are experts in these celebrations, and we will be happy to help you create unforgettable memories in any of our spaces. You want to know more? 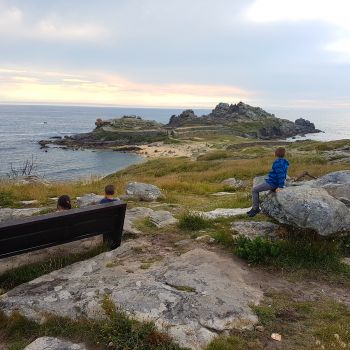 The Camino Portugués (Portuguese Way) to Santiago pass through Hotel Scala and we are also located at a strategic point to discover Galicia. Now in summer our guests want to know especially the beautiful Galician Rias (estuaries). The two closest, a few kilometers, are the Muros and Noia and the Arousa, but we are not far from the famous Costa da Morte -in the lower Rias Altas- and the AP-9 motorway leaves us to shot stone of the rest of the Rías Baixas. Do we make a route? 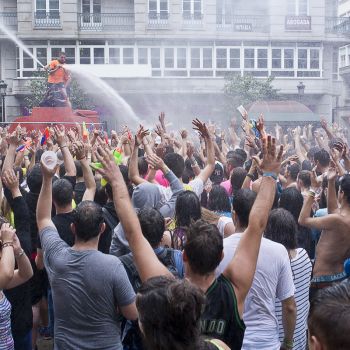 You just have to try to tell the celebrations that are dedicated to the width and length of Galicia to realize that San Roque is the saint who awakens more devotion in the community. Among the activities linked to these holidays are some as famous and unique as the Betanzos Globe. But if there is a popular, fun and above all refreshing, that is the Festa da Auga of Vilagarcía de Arousa, which, in addition, has been declared a Festival of National Tourist Interest. Today we invite you to meet it. 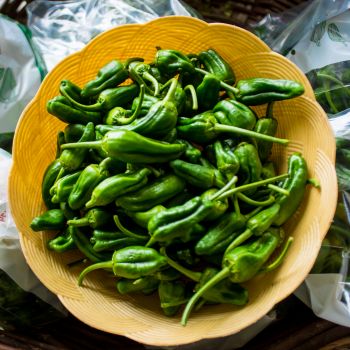 The arrival of August brings to Padrón, one more year, one of the most important gastronomic events in Galicia: the XL Festa do Pemento de Herbón. The festival, declared of tourist interest, is held every year on the first Saturday of this summer month, bringing together hundreds of people who come together to enjoy the good atmosphere and, how could it be otherwise, the unique flavor of these delicious peppers. But for those of you who are unable to attend do not worry, because we have prepared several tips so that no one is left without trying one of the star products of Galician gastronomy. 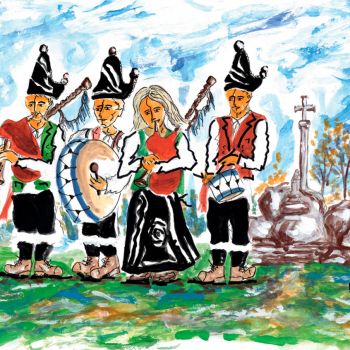 Tradition and modernity at the Santiaguiño festivities. And which one do you prefer?

If there is something characteristic of summer, that is the popular festivities. From the night of San Juan that begins the summer season and until well into September, the people of Galicia take to the streets to enjoy some of the funniest days of the year. Of course, such a festive town as Padrón could not be left behind, and on July 24 and 25 it celebrates the Santiaguiño do Monte in style.

This celebration, which stars in the pilgrimage of the 25th and which has hundreds of followers and decades of tradition, has been reconverted over the years to also show its younger and more casual face. Folklore and modernity united in a single party that makes us ask ourselves a question: which one do you choose?