Tradition and modernity at the Santiaguiño festivities. And which one do you prefer? 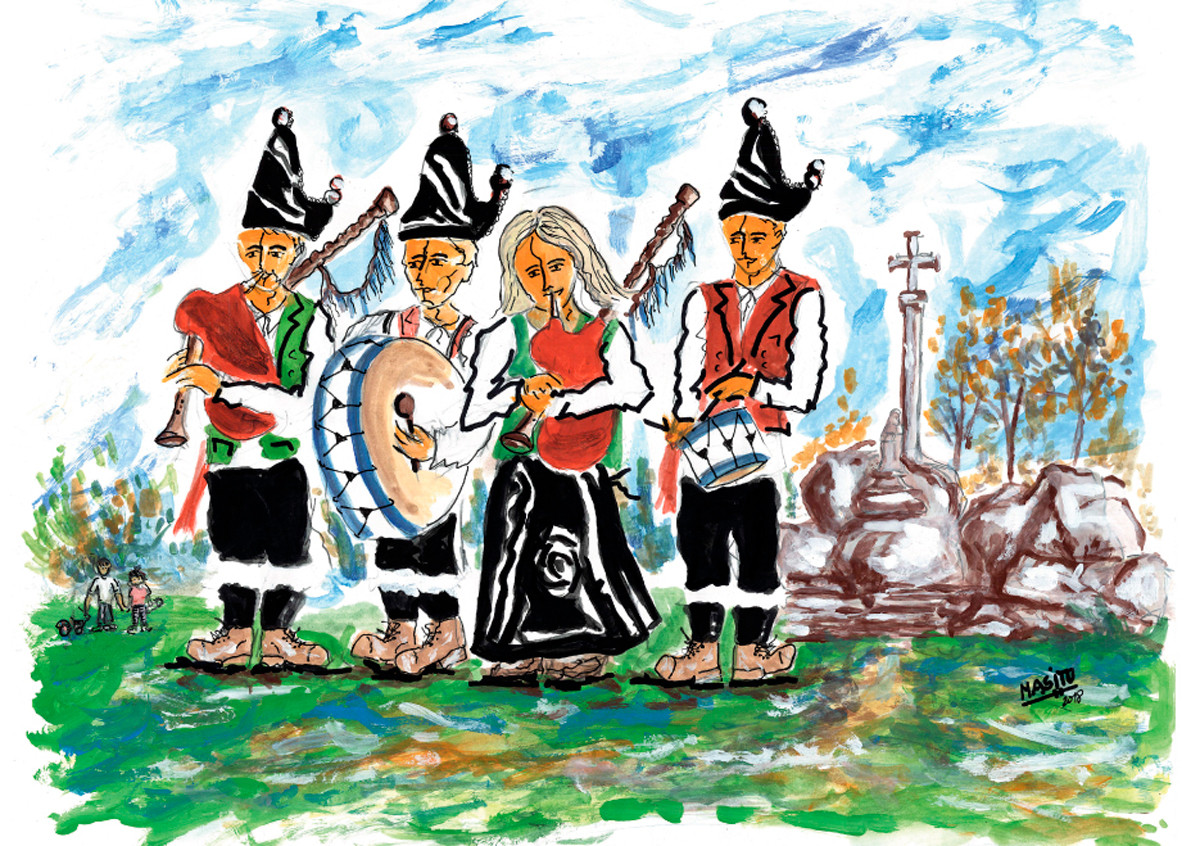 If there is something characteristic of summer, that is the popular festivities. From the night of San Juan that begins the summer season and until well into September, the people of Galicia take to the streets to enjoy some of the funniest days of the year. Of course, such a festive town as Padrón could not be left behind, and on July 24 and 25 it celebrates the Santiaguiño do Monte in style.

This celebration, which stars in the pilgrimage of the 25th and which has hundreds of followers and decades of tradition, has been reconverted over the years to also show its younger and more casual face. Folklore and modernity united in a single party that makes us ask ourselves a question: which one do you choose?

The Santiaguiño parties start on July 24 with the traditional Derbi Asnal. From 8 o'clock in the afternoon thousands of people gather in the streets of Padrón to see the donkey race, in which about a dozen of these animals and their riders compete to finish in first position 3 laps to the main streets from village.

Precisely as a result of Derbi Asnal, a local hotel owner of the village began to organize the Asnot, a festival that recreates the races of the English ascot and that, in a few years, has become one of the most attended events of the year. Bets, concerts, talks, activities for children, vermouth session, contests ... To participate in the Asnot it is necessary to have the desire to laugh and have fun ... and get dressed in a gala dress, bowler hat and pamela hat!

Popular music ... or whatever you want!

In these festivals traditional music is the main protagonist: on the 24th, starting at 10 o'clock at night, folklore lovers can enjoy concerts by some of the most important artists in the country, such as the tambourines Leilía or the bagpiper Budiño . In addition, the groups in the area dress all day with their best clothes to entertain the streets and, above all, to accompany their music to the saint "festeiro", which leaves in procession on the 25th from the parish church of Padrón to the chapel of Santiaguiño do Monte, where a sung mass is celebrated.

For those who prefer other musical styles, the festival program and the Asnot festival also include vermouth sessions and numerous concerts by groups such as Mayor Tom, Broken Peach, The Funkles or The Swinging Flamingos.

The Pilgrimage of Santiaguiño, on the 25th, is the culminating moment of the party. After the solemn mass, the pilgrims gather in the forest to enjoy the great sardiñada organized by the City Council and to eat with their families or rocks. Folk groups liven up the day, in which there are also activities for the little ones and a foam party.

But beyond the traditional pilgrimage, the youngest will be able to enjoy the Open Air Santiaguiño, a festival organized by a group of friends from Padrón that will start at dawn on the 25th and will offer 17 uninterrupted hours of party and music with DJ's, gogós, ambience, photocall with professional photographers and even recording with a drone.

Tradition, modernity ... and lots of fun at the Santiaguiño do Monte parties! Whatever your choice, the Scala Hotel is the best place to rest and relax between concert, dance and pilgrimage. We will wait for you!