Come celebrate the birth of Rosalia with the Grupo Hotel Scala 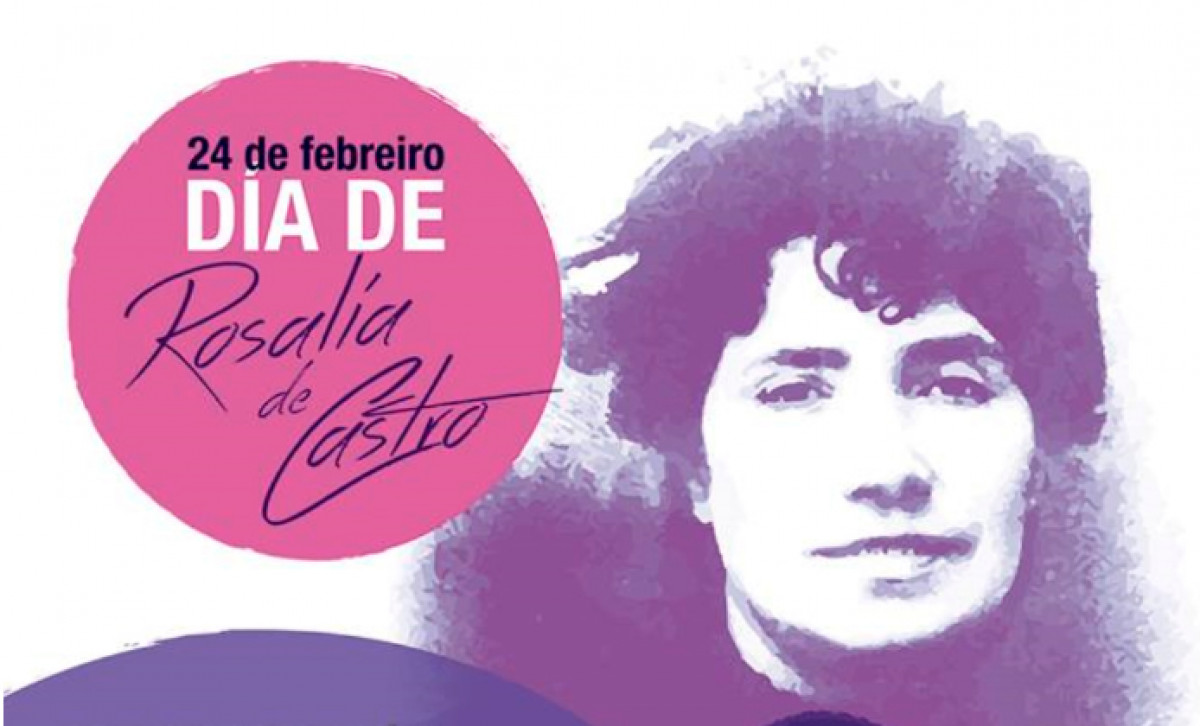 Does it sound? Rosalía de Castro is, without a doubt, the most illustrious author of our land and also of Galicia. Therefore, all Padrón is decorated and prepared a host of cultural activities to pay tribute to the poet, who this February 24 would turn 182 years. In the Grupo Hotel Scala we are also strongly linked to Rosalia's history, and that is why we want to invite you to enjoy the anniversary celebrations with us and to discover a little more about our Pazo Arretén, the place where you were born. Do not miss it!

Although Rosalía de Castro was born on February 24, in Padrón we think that to honor her life and her work a single day is not enough. Therefore, throughout the month the Municipal Library launches a bibliographical sample of the author, which will allow users to enjoy a selection of their best works.

For those who have less time but also want to get closer to their poems, Padrón's pedestrian steps will be decorated with some of the author's verses, and during the whole week the hotels will share fragments of their poems in the initiative "Coffee with verse". There is no excuse!

A weekend full of activities

On Friday the 22nd, the main highlight of the celebrations begins with a wreath at the Rosalía de Castro statue on Paseo del Espolón, in which students from the schools of the area and the folkloric association named after the poet will participate. After that, a parade with music and a big head of Rosalía will begin, which will reach the Municipal Auditorium, where there will be a poetic recital of the students of the institutes of the town and a performance by the tambourine player Ana Fernandez and the bagpiper Cristian Silva.

In the afternoon, the youngest will enjoy a Rosalie storyteller in the playground: literature does not understand the ages! The day does not end here, and is that at 20.00 you have an appointment at the Padrón Municipal Auditorium to enjoy more poetic and musical performances, as well as the presentation of the winning poetry book of the IV poetry contest Rosalía de Castro and the viewing of the video "Caldo de Gloria"

The culminating date of this festivity will be February 24, the day on which, 182 years ago, Rosalía de Castro arrived in the world. For this reason, bagpipers and musicians from all Galicia will go out in the morning to interpret Alborada for Rosalía de Castro. Later, the Casa de Rosalía will host the musical performance Canto D'Aquí and the production of "Caldo de Gloria", of which the poet spoke in the famous poem "Miña casiña, meu lar" and that the writer Ledicia Costas will prepare in a act open to the public at 7:00 p.m.

In addition, throughout the weekend many local hostesses will be serving with each drink this elaboration, a tribute of Rosalía de Castro to the most humble. If you do not want to lose it under any circumstance, we leave you the list of the participants here.

Our Pazo Arretén, the place where Rosalía was born

As we already told you, in the Grupo Hotel Scala we have the honor of occupying the space in which the great Galician author was born: Pazo de Arretén, one of the most important palaces of Galician and Spanish literature.

The pazo was built in the 16th century by one of the best known clans of the community, the Bermúdez de Castro, the maternal family of Rosalía. In this unique and surrounding walls surrounding its imposing stone walls are placed the wineries of our winery.

In homage to the author and the history of the pazo, our group offers the possibility of making a guided tour in several languages, upon reservation and for a minimum group of 20 people, which includes a wine tasting and a selection of cold skewers.

Can you think of a better plan to celebrate Rosalia Day? We hope your reservations in the phone 981 811 312!